On the eve of World War II, something unknown and peculiar stirred from the ocean depths. In a fortuitous moment in natural history, an ancient fish-like creature got itself entangled in a trawling net and hauled to the surface together with other fish and sharks.
On Thursday morning, 22 December 1938, a fishing trawler named the Nerine, owned by the now famous Irwin & Johnson fishing company, and captained by Hendrik Goosen, steered into port at East London to offload its catch. Nearby, the curator of the East London Museum, Marjorie Courtenay-Latimer, was alerted to the arrival of the trawler and went to see if she could find interesting specimens for the museum’s collection. This was standard procedure whenever the trawler entered port.

When she arrived at the wharf with her assistant, she noticed a pile of fishes and identified many of them as sharks, but an odd-looking fish caught her attention and she asked to see the half-buried creature. It was unlike anything she had ever seen before and realising its importance, she made arrangements to transport it back to the museum. It was given to a taxidermist to preserve, and Courtenay-Latimer sketched some diagrams and drafted a letter for the esteemed ichthyologist J. L. B. Smith, who was based at Rhodes University in the inland town of Grahamstown (now Makhanda).

Smith was on leave at the time and there were some postal delays over the Christmas period, meaning that he only received the letter on 3 January 1939, whilst on holiday in Knysna. Perplexed by Courtenay-Latimer’s drawing, it dawned on him that he was looking at a prehistoric fish long thought to have become extinct millions of years ago. He immediately sent an urgent telegram to the museum asking that all parts of the fish, including its soft anatomy, be carefully preserved for further study. Unfortunately, the formalin had not preserved the soft organs in the summer heat, and these were subsequently discarded.

It would still be several weeks before J. L. B. Smith could finally get to East London and examine the specimen. He formally described it in the British Journal Nature and named the genus in recognition of Courtenay-Latimer (Latimeria) and the species after the locality at which it was caught, near the mouth of the Chalumna River (now called the Tyolomnqa River) in the Eastern Cape (chalumnae).

Smith subsequently embarked on a quest to procure further specimens. This mission was largely hindered by the events of World War II (between 1939 – 1945), however, in 1947 a large-scale search was proposed to the CSIR, but due to financial constraints, it was discarded. Smith decided on another course of action and had printed a leaflet in English, French and Portuguese, offering a £100 reward for another specimen. These leaflets were widely distributed across the East African coastline as well as Madagascar and several other Indian Ocean Islands…many at that time under French administration.

The publicity paid off. A trader named Eric Hunt assisted the Smith’s in distributing the leaflets. In December 1952, exactly 14 years after the discovery of the one and only known coelacanth, Smith received news that a second specimen had been caught in the Comoros. This specimen was caught by a fisherman named Ahmed Hussein fishing offshore from the south-eastern Anjouan port of Comoni. Smith desperately made plans to get to the island but there were no commercial flights at the time. He decided to call upon the highest level of government for assistance, ably convincing the Prime Minister of South Africa, Dr D. F. Malan, of the scientific importance, who in turn approved a military Dakota to fly Smith to the Comoros on 28 December 1952.

On 29 December, Smith finally got to see the prized specimen and perhaps one of the most iconic black and white natural history photographs of all time was taken, showing Smith, alongside Captain Eric Hunt and the Monsieur P. Coudert, governor of the Comoros, examining the second-known coelacanth. It was flown back to South Africa, with a brief stopover in Cape Town to show Prime Minister Malan, before returning to Grahamstown.
Thereafter, a global scientific campaign began for more specimens, with dozens more being caught around the Comoros. Being under French administration, the authorities did not allow further specimens into the hands of non-French scientists, and most specimens were shipped to museums in France.

In 1956, J. L. B. Smith wrote a book titled Old Fourlegs, which was published in London and subsequently translated into several languages, including Afrikaans, French, German, Russian and Slovak. It was apparently the first South African book to be translated into Russian and appeared widely read in that country.
How many species?
Remarkably, the coelacanth (pronounced see-la-kanth) consists of not one, but two living species. The West Indian Ocean Coelacanth (Latimeria chalumnae) and the Indonesian coelacanth (Latimeria mendoensis). The Indonesian coelacanth was only formally described in 1999 and less than a dozen specimens are known to science.
In the Comoro Islands the coelacanth is known as kombessa.

The outer appearance of a coelacanth is unlike any other fish. The first dorsal fin looks like that of normal fish, but the second dorsal fin projects from an extended lobe. Likewise, there are two pairs of pectoral and pelvic lobed fins at the base giving the appearance of stumpy limbs, with another basal lobed fin posteriorly positioned. The tail fin is pointed with the backbone running right through to its tip. The tail is three-lobed unlike any other living fish.
The coelacanth is also known to secrete excessive oils from glands underneath the scales.

What makes the coelacanth so unique?
Coelacanths were thought to have become extinct around 70 million years ago and up until 1938, were only known from the fossil record. The palaeontological record demonstrates that this lineage dates to at least 300 million years and the two extant species have changed very little in morphology over this expansive period. They appeared to be very common in a variety of aquatic habitats, both marine and freshwater, but interestingly, most fossils found to date are much smaller than the living species of today. They belong to an ancient lineage of lobe-finned fishes called the sarcopterygian fish and evolutionary biologists have identified these as probable ancestors of the land-dwelling tetrapods (which eventually gave rise to amphibians and later reptiles and mammals).

However, a recent detailed study into the coelacanth genome by Chris Amemiya and colleagues, published in Nature, demonstrated that lungfishes, and not the coelacanth, is the most recent common ancestor to the tetrapods. The study also highlighted that coelacanths have decreased substitution rates in protein-coding genes compared to other vertebrates. This study also demonstrated a unique feature of coelacanths. They lack Immunoglobulin-M (IgM) antibodies which is found in all other vertebrates studied to date. IgM is essential for protective immunity in animals. However, they did find Immunoglobulin W genes which may serve a similar function. The specialised nature of their habitat may have provided a stable refuge over millions of years, therefore limited selective pressures have allowed them to persist

The West Indian Ocean coelacanth was for many decades believed to be restricted to deep ocean canyons surrounding the Comoro Islands. The first specimen caught near East London was thought to have drifted south in the Agulhas Current. Coelacanths are not strong streamlined swimmers and prefer stable, sheltered deep water canyons which provide refuge.
However, in subsequent years, through a combination of submersible exploration and deep-water dives, they have been discovered in several other widespread locations. These include waters off Madagascar, as well as reefs near Sodwana Bay and St Lucia in northern KwaZulu-Natal, and sites offshore from Mozambique, Tanzania and Kenya. This indicates that this elusive fish is widespread across the western Indian Ocean.

On 22 November 2019 deep-sea divers Mike and Alan Fraser, together with Bruce Henderson and Pieter Carstens, filmed a coelacanth at a depth of 69m off Umzumbe on the KwaZulu-Natal South Coast. This exciting discovery indicates that coelacanths may occur further south and that the East London specimen was not necessarily a vagrant.

Coelacanths appear to live mainly in and around deep-water canyons at a depth of 100 to 500 metres, although they have been sighted by divers at depths of 50-60 metres. They appear to be largely nocturnal, hunting various fish and cephalopods. Females give birth to living young but do not possess a placenta. The eggs develops within the female. Up to five embryos have been recorded. The gestation period is confusing with some sources stating up to five years – which would indicate the longest gestation of any living vertebrate, and other sources citing a gestation of one year.

In April 1987, the Coelacanth Conservation Council was founded by ichthyologists Eugene Balon, Hans Fricke, Rafael Plante and Mike Bruton. The official launch took place in Grahamstown (now Makhanda) in June 1987. Every coelacanth known to science is given a unique reference number by the Coelacanth Conservation Council. The first ever coelacanth from 1938 is given the number CCC1. All coelacanths have a unique arrangement of white spots and therefore individuals can be told apart from one another. Using this pattern coding, they can be monitored in their underwater environment.

Over exploitation and ocean pollution are the two biggest threats facing coelacanths. The stomachs of dead specimens have revealed plastic and therefore constitutes a serious threat.
The IUCN lists the Sulawesi or Indonesian coelacanth as Vulnerable and the West Indian Ocean coelacanth as Critically Endangered.

The ocean is vast with thousands of unexplored regions and deep canyons. Despite almost a century of dedicated research into the distribution and natural history of coelacanths, much remains shrouded in mystery. Are they found around Mexico? Or in the Mediterranean? An old silver artifact hanging in a village church near Bilbao in Spain depicted a perfect replica of a coelacanth, and was allegedly procured in Mexico at least 70 years prior to the East London specimen found in 1938. Given that the second species only came to provenance in 1998, it is conceivable that other species remain hidden in the depths.

We can only hope that our extractive pillaging and polluting of the world’s oceans will not be the final catalyst of extinction for a lineage that witnessed the rise and fall of the dinosaurs. 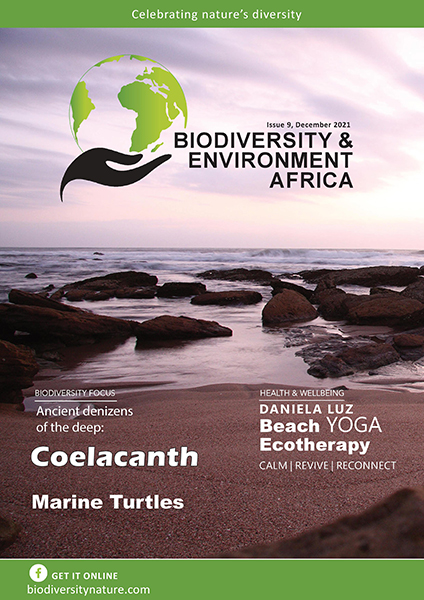 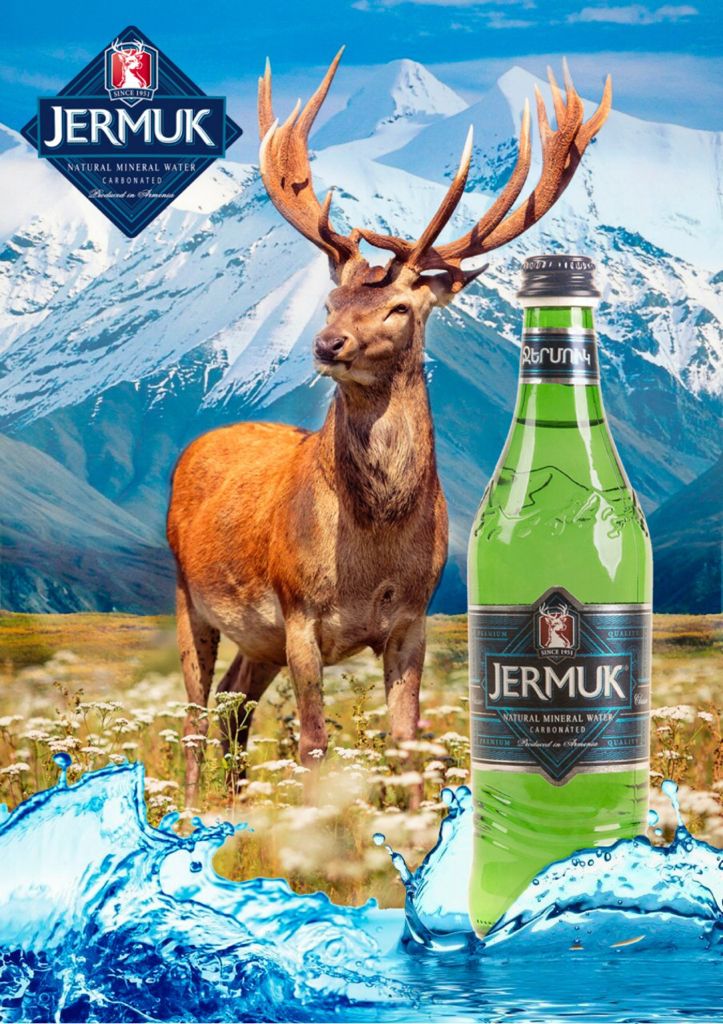 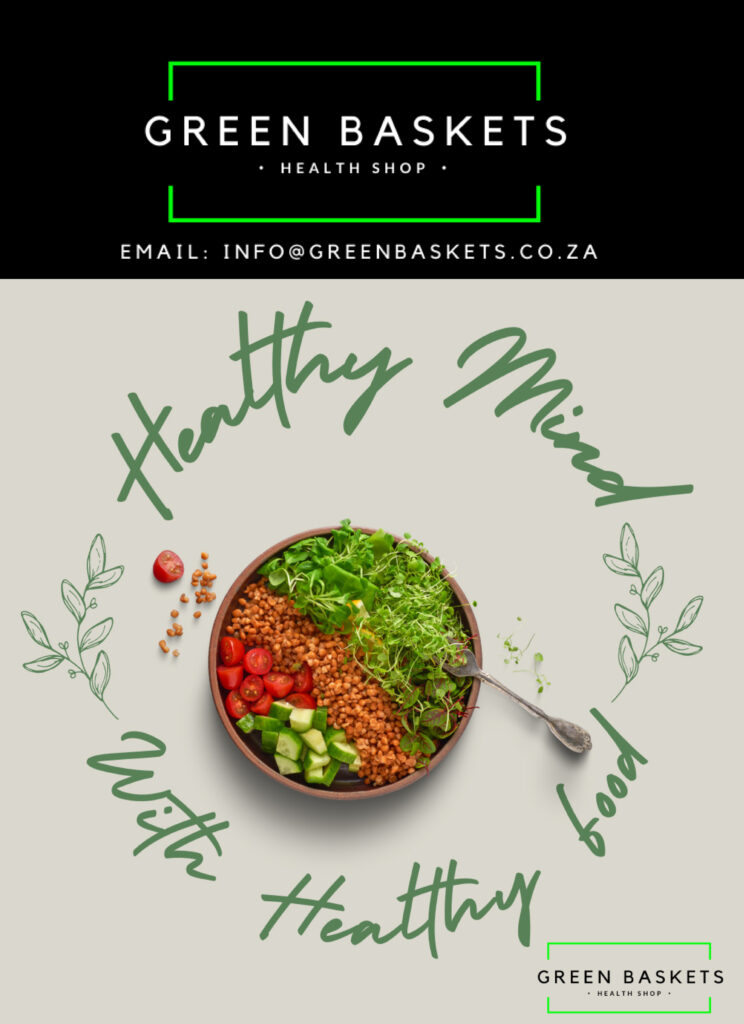